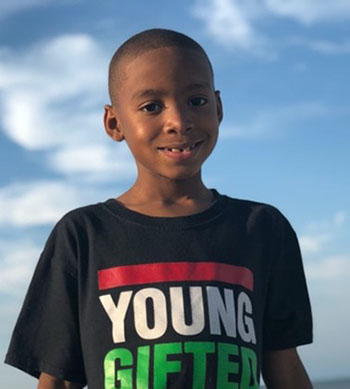 with a wide variety of passions that led him to be called a “supernova.” He was a budding chef who cooked healthy, holistic meals for his family and dreamed of one day owning his own café.

Azaan (or “strong little lion,” as his family has called him), was fascinated by Bitcoin and foreign exchange rates and created a plan for an app he wanted to develop. He practiced Capoeira, an Afro-Brazilian martial art known for its complex maneuvers that incorporates dance, acrobatics, and music.

Azaan also suffered from asthma, and one day he suffered an attack and sadly passed away. His parents had to make an important decision, and make it fast: Should Azaan be a tissue donor?

While it was a difficult choice to make in the moment, they ultimately made their decision by considering what it would be like to be someone who badly needed tissue that Azaan might be able to donate. “Our family asked, ‘If it were us on the other end, what would we want to have happen?’ and that made the decision for us,” said Ariane, Azaan’s mother.

Azaan’s parents said they looked for the silver lining in Azaan’s passing, and they found it in his gifts to others. The “supernova” gave the gift of two heart valves as well as both corneas to those in need.

One donor can enhance more than 150 lives through tissue donation.