“I am so fortunate that I‘ve been able to participate in all of the activities that I was worried I would never be able to, and tissue donation has given me new perspective on how to help others.”
– Kristyn Criss, Tissue Recipient

Kristyn Criss remembers it like it was yesterday. During a soccer game at age 15, she collided with another player on the field. The resulting knee injuries included a torn ACL and several tears to her meniscus.

Kristyn soon began a series of surgeries that would eventually wear on her both mentally and physically. First, in 1999, a hamstring autograft failed six weeks after surgery. She underwent another surgery to remove damaged tissue from the joint. Then, a year later, she endured a third surgery to repair the damaged tendon. Her initial recovery and rehabilitation went well, but over the next several years, she developed worsening pain, instability, and overall dysfunction of her knee.

Five years later, living in Alaska with her infant daughter, Kristyn was quite frustrated with her ongoing knee issues and lack of progress towards returning to an active lifestyle. Struggling to understand exactly what was wrong with her leg, Kristyn underwent her fourth knee surgery. It was during this surgery that the orthopedist discovered complications that were causing additional damage to surrounding ligaments and completely shredding her meniscus. 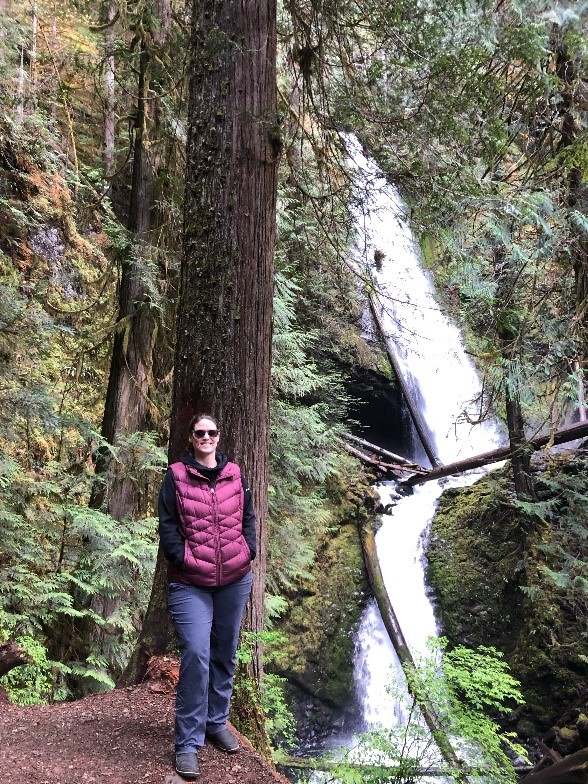 After a series of consultations with additional specialists, one recommended that she correct the problem with an allograft and referred her to an orthopedist who specialized in ACL reconstruction using donated tissue. She was skeptical, knowing very little about tissue donation at the time, but Kristyn underwent her fifth surgery in 2005, hopeful that an allograft would help finally heal her knee.

The transplant was a success, and Kristyn has had only minimal issues since then – with no sign of the chronic ones that she feared would hamper her while working and raising four children. Tissue donation changed Kristyn’s life for the better. It also changed her perspective on helping others, particularly young, female athletes, who are among those who most commonly needing surgery to repair knee and other leg injuries.

Today, more than 15 years since receiving her donation, Kristyn is as active as ever — hiking, kayaking, paddle boarding, and backpacking with her kids and serving as the team photographer for her son’s football team. She also stays busy on her feet as an RN Team Manager at Mason Health in Mason General Hospital’s Emergency Department. Kristyn, who is studying to advance her degree to nurse practitioner, is passionate about supporting the process of tissue donation when possible.

Her colleagues see in Kristyn’s story the power of tissue donation to bring healing to patients.

“The decision of whether to become an organ and tissue donor is one of the greatest gifts one can give,” said Melissa Strong, Chief Nursing Officer at Mason Health. “One donor can dramatically impact the lives of more than 150 people for the better. Tissue and organ donation can benefit patients in a number of serious or life-threatening medical situations, including saving patients with severe burns and allowing athletes with torn ligaments or tendons to heal and regain strength, as with the case of our very own Kristyn Criss.”

With the perspective from her journey, Kristyn can now help others through theirs – and along with the team at Mason Health, can share her personal experience of how the gift of tissue donation restores health and gives hope.