A Family Man Provides Hope Through Donation of His Kidneys

“We didn’t have to think twice, because we knew [donation] was his wish. He continued to give, even after his death.” – Yvonne Wild, Melvyn’s daughter

Melvyn “Poppy” Hargrove lived his life to the fullest through a wide variety of activities, from being a deacon, trustee and choir member in his church to learning to fly airplanes, cooking, and gardening.  He was also an avid reader and lifelong student, particularly of topics related to aviation, mortuary science, and accounting. 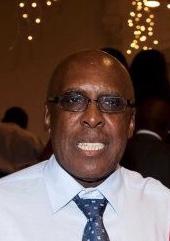 More than anything else, Melvyn loved his family and valued spending time with and taking care of them, whether that meant cooking a big Sunday dinner or gathering in the living room to watch episodes of SpongeBob Squarepants. This love of his favorite cartoon has since been passed down to his grandchildren, who feel as if “Poppy” is sitting right there laughing with them.

Known as someone who had to keep busy, Melvyn returned to the workforce six months after his retirement, driving trucks for recycling collection — a job he loved. While driving one day, he had a sudden accident that resulted in a traumatic brain injury and, ultimately, his death.

Through Melvyn’s death, his gift of donation led to both of his kidneys being donated to two individuals in need. He had made clear during his life that he wanted to be a donor. "Every time the subject came up, he would always say, ‘I can’t use my organs when I’m gone, so why would I take them with me when someone else needs them?’" said his daughter, Yvonne. "For him, it was a no‐brainer."

Yvonne is now a member of LifeNet Health’s Donor Family Advisory Committee and regularly attends events designed to help other donor families through the grieving process. 68‐5