Even With Illness and Medications, Tony was Still Able to Help Through Donation

“Even with Tony’s illness and medications, he was still able to help those in need through donation. He had so much to give in life and wasn’t able to because of his condition, so I know it would have meant so much to him to be able to give to others.” -Jeanie Sharkey, Tony’s sister 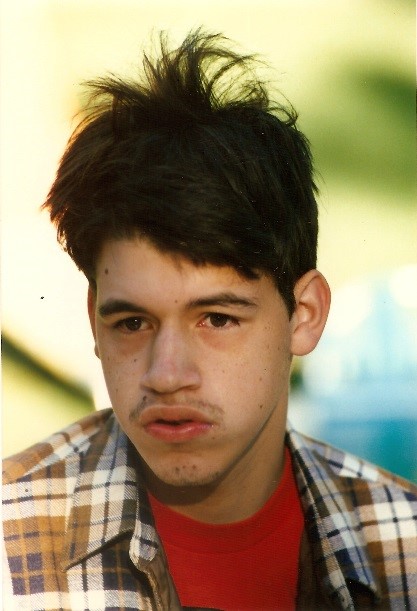 Born with a brain injury that prevented him from being able to express himself with words, Tony found other ways to share his emotions with loved ones. He used body movements, facial expressions and – most of all – his eyes. Tony’s eyes were his soul, says his sister, Jeanie.

Tony was fascinated by nature. He would often stare at the trees blowing in the wind, almost as if they were speaking to him. Music made him come alive; he’d move along to the beat and snap his fingers with excitement. He was always smiling and always joyful, despite the incredible adversity he faced in life.

Tony spent the first part of his life in foster care before being adopted by the Camp family at age 3. He was intellectually challenged from birth and required constant care. At age 8, he began experiencing seizures that worsened over time, and he eventually needed a wheelchair.

Tony passed away at the age of 45 due to pneumonia and complications from his condition that resulted in his nervous system shutting down. Jeanie remembers her surprise when she received a phone call the day of his death about the possibility of Tony becoming a donor. Because he had been ill and required medication most of his life, she didn’t think donation would be a possibility.

She agreed to let Tony donate, knowing he would have wanted to give to others because he was restricted in many ways during his life. Tony has helped 19 people with his gifts, including the donation of arteries, bones, tendons and ligaments.

His sister is thankful to have learned that it’s possible for people to become a donor even if they have a history of chronic illness and long-term medication use.