“I feel that Alex is still here even though he is gone, multiplying and helping others.”—
Annabelle Encila Pendon, Alex’s mother

Alex Encila was a student, employee, musician, and son with his entire future in front of him. A tirelessly positive person, he told others to live life to the fullest and be who they want to 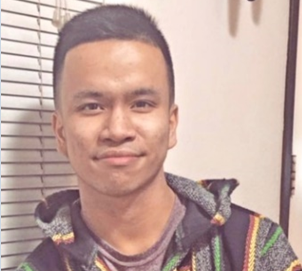 Alex was well-known and beloved in his community. He taught kids basketball at the YMCA, enjoyed frequenting local restaurants, played guitar and wrote songs, worked as an Instacart shopper, and spent time studying mechanics with Boeing. He enjoyed camping, fishing, and hiking with his mother and his friends. Alex also loved traveling, which he has been doing since he was 4 years old to different areas in the U.S., Canada, Mexico, Puerto Rico, and the Caribbean.

One day while routinely exercising, Alex attempted to jump onto a plyometric box jump but missed, hitting his head on the floor. Alex tragically died at the age of 20. At his memorial service, his friends and loved ones remembered his optimistic nature and commitment to help improve the lives of others in his community.

Alex was not registered to donate, but due to his loyal, helpful, and compassionate nature/demeanor, his mother knew that this was something that would be fitting for him. He was able to pass his gifts on to help others, including 11 tissue grafts, six organs (heart, kidneys, pancreas, liver and lungs), and two corneas.

It was one last of act of positivity for an individual whose life was defined by it.